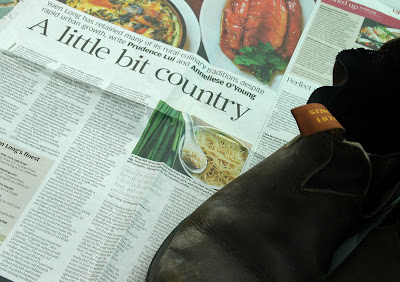 I love it when Yuen Long gets a bit of press and today's article in the South China Morning Post by Prudence Lui and Anneliese O'Young titled 'A Little Bit Country' offered Yuen Long a little bit of love. The article pays tribute to Yuen Long's unique culinary traditions, traditions that have emerged as a result of its heritage as a farming community and market town. While Yuen Long may have developed into a modern population centre, many of its 600 plus restaurants still reflect culinary links to its rural past. 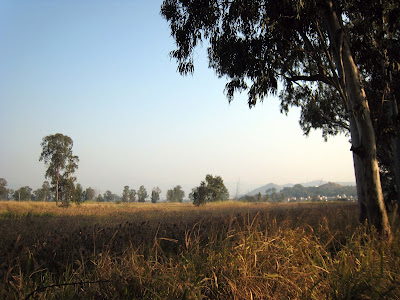 The article mentions the renowned Tai Wing Wai restaurant, Hang Heung Cake Shop, Ho To Tai Noodle Shop and strangely Pizzeria Giovanni. Tai Wing Wai which is famous for its awesome value 'walled village' cuisine and massive celebrity owner Toto and the Hang Heung Cake Shop, renowned for its wife cakes, are both worthy of mention. I am however confused how Pizzeria Giovanni fits in as 'traditional' Yuen Long cuisine; in all honesty I really don't like this place and the only reason it hasn't got a terrible review here is that I can't face going there to eat it's lousy, third rate attempt at Italian cooking. I'm also disappointed that no Nepalese, Indian or Pakistani restaurants get a mention as these cuisines are an integral part of dinning in Yuen Long. However the map accompanying the article did mentioned a few more of Yuen Long's finest including the New York Cafe, Shaffi's Indian and Kei Kee Dessert. Let's not be too critical; the article talked up Yuen Long, I love Yuen Long and that's that. Yuen Long may be a little bit country, but it's also an outstanding place to dine.

Yes, I used to go there three decades or so ago (more for what was perceived as "the atmosphere" than for the food and drink).

It opened, I seem to remember, in 1975. The food was a welcome difference to the usual routine of Chinese restaurants and Sek Kong curries, and it provided a break from the uncertain cuisine of Benina's (next to the nullah, on Yuenlong Main Road, where the HKJC Bookmaking Centre now is).

The business was apparently split into 30 shares; 14 were controlled by a lady whose son John had died tragically in a chalet in Switzerland. (That is why the inside part of the restaurant was decorated in a certain way and the outside section of that part still bears the relevant title.) Of the remaining 16 shares, 14 were controlled by a Hongkong emigre in New York; I do not know the allocation of the remaining two shares. The lady shareholder told me that she lived for the most part in Happy Valley, but travelled around the world, often to Hawaii and the United States.

The day-to-day operation of the restaurant was left largely in the hands of a manager and his staff, with an independent cashier and/or finance officer in situ.

Over its first decade of operation the business seemed very popular and prosperous; then the emigre returned bringing his son with him. It seemed to me that things went downhill from then on in. The nadir for me was seeing half a cockroach (think where was the other half) in a pizza piece that someone had just bitten into.

If I remember correctly I think the 'South China Morning Post' article mentioned that it used to be popular as a bar for British soldiers stationed at Kam Tin.

I've only visited Pizzeria Giovanni a couple of times and both times was disappointed. It always seems busy though. About eight or nine months ago I walked past and curious asked if they had a table and was told I'd have to wait twenty minutes - obviously someone's still going there; though I wonder why when the New York Cafe is 3 minutes walk away. 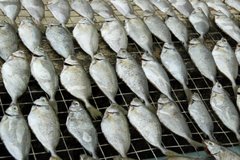